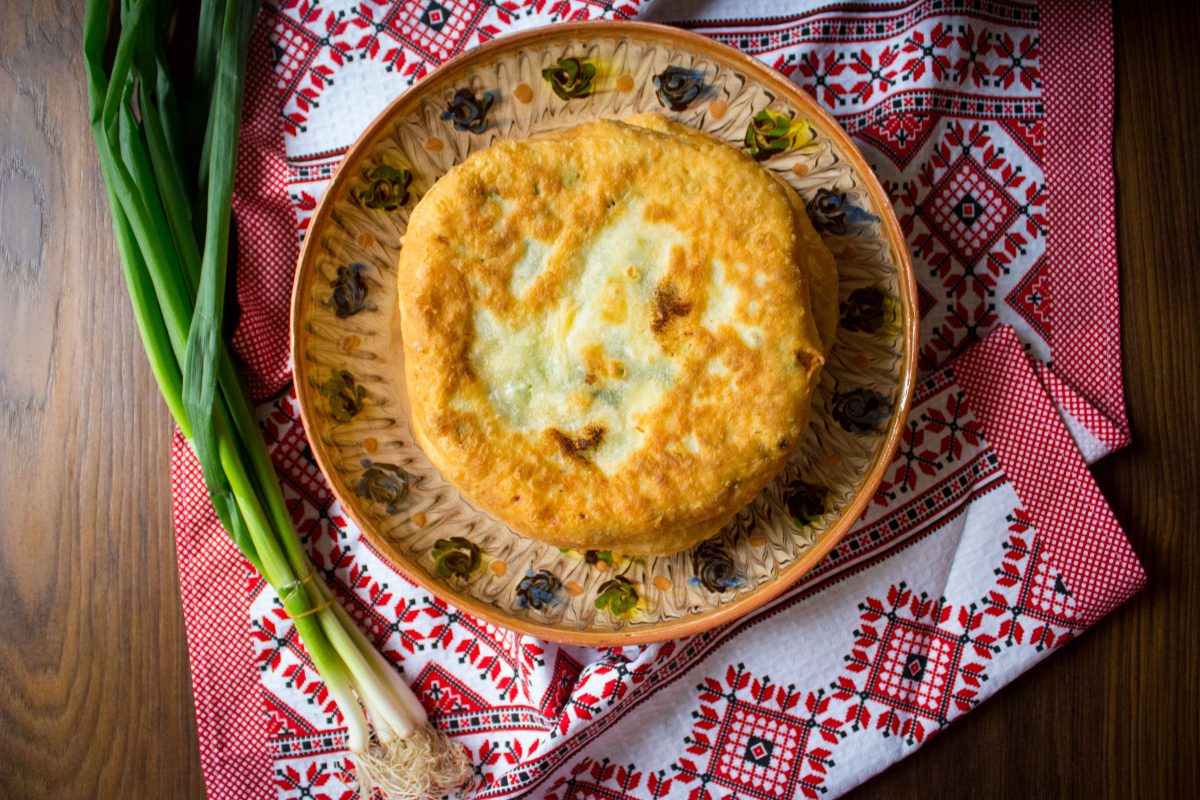 Romanians love any kind of pastries and pies, but these savory fried pies with cheese are definitely my all-time favorites. I’ve always loved any type of pie or pastry that’s filled with cheese – some of our most popular pastries are called merdenele, a type of flaky puff pastry filled with a salty cheese filling. You’ll find them at almost any pastry shop in Romania. 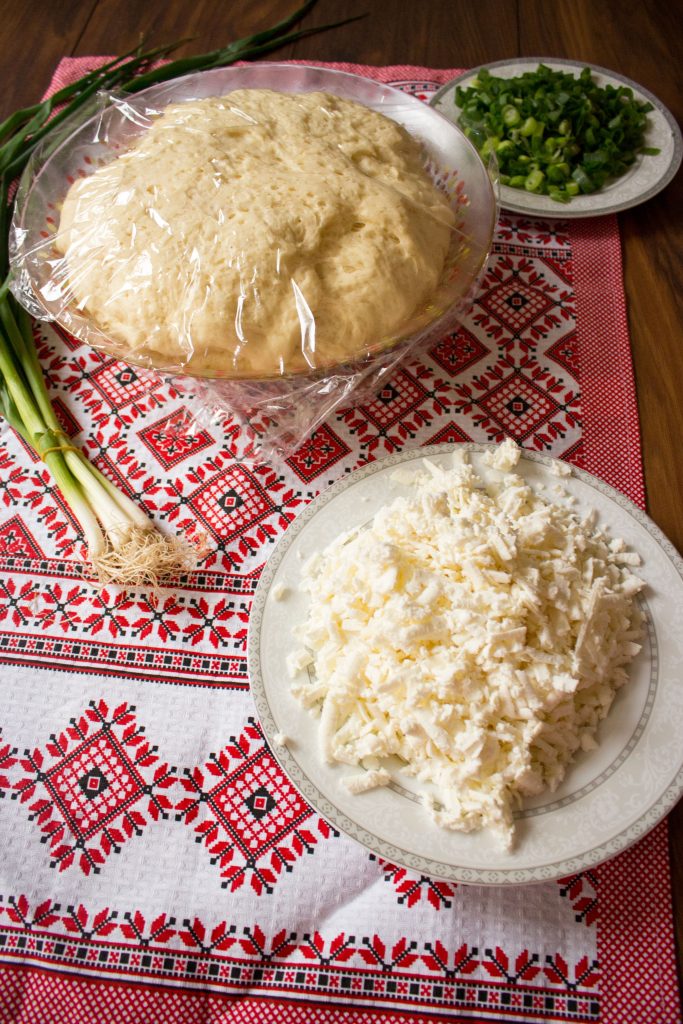 My savory fried pies with cheese are traditional Romanian appetizers that you’ll most probably find a lot in the Moldova region of the country. The type of cheese pies that I made today is something that you’ll not always find at local pastry shops; the pies’ dough has the texture of doughnuts, fluffy and cooked in oil. They’re filled with telemea cheese, which is a bit similar to feta, and I also added some green onions to bring out the flavor in the cheese. You’ll need some fresh yeast for this type of dough, and you’ll have to do a bit of kneading. 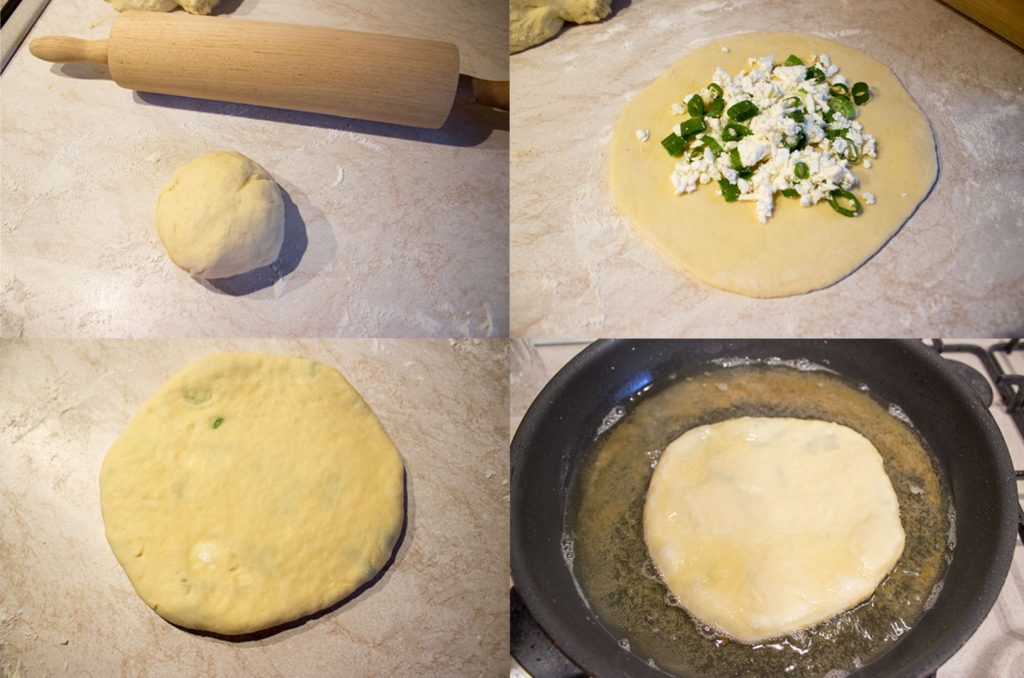 In other parts of the country, for example Dobrogea, the place where my grandmother grew up, you’ll find that locals prefer to use a puff pastry-like dough for the cheese pies. My grandmother has her own recipe for these puff pastry savory pies – I remember how she used to make the pies from scratch, stretching out a dough that was as large as our kitchen table, then folding it several times to make the puff pastry layers. Making that kind of Romanian cheese pies always seemed really complicated to me, even though I probably watched her make them hundreds of times. 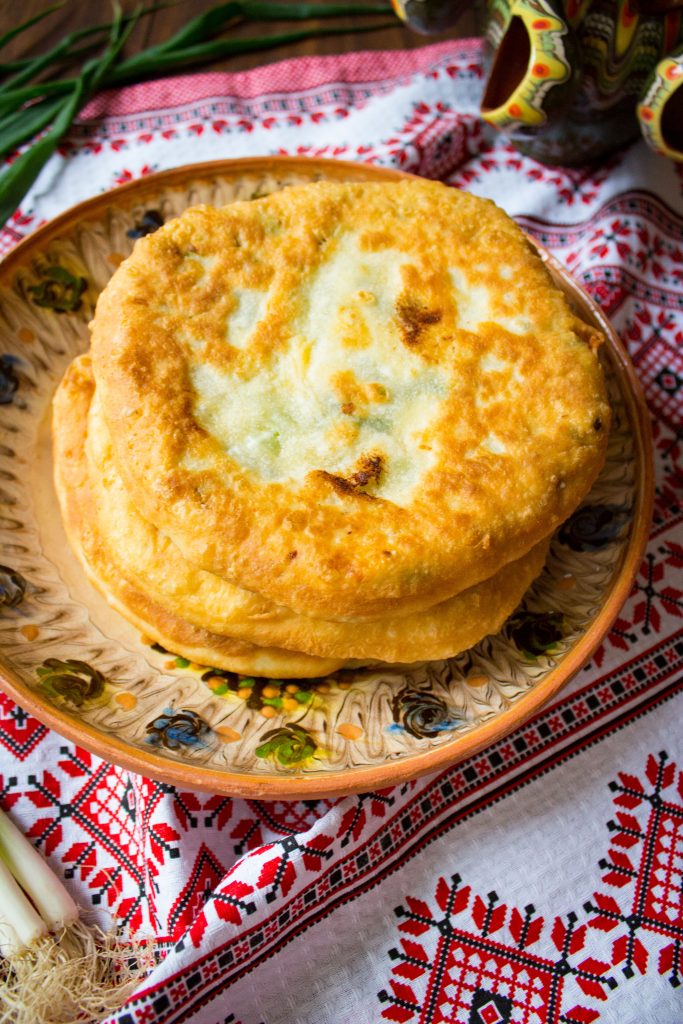 I discovered these Romanian cheese pies in a Moldovan restaurant in Romania, and since I’ve also seen the recipe on many Romanian cooking blogs, I wanted to give it a try and make these at home. The recipe for the dough is from a Romanian cooking book, but that specific recipe was for a large pie that was supposed to be baked in the oven. The name of the recipe was ‘pie with onions, sauerkraut or cheese’, so you can use any of these ingredients for the filling. Even so, I used the dough for small pies, fried in a pan in vegetable oil. 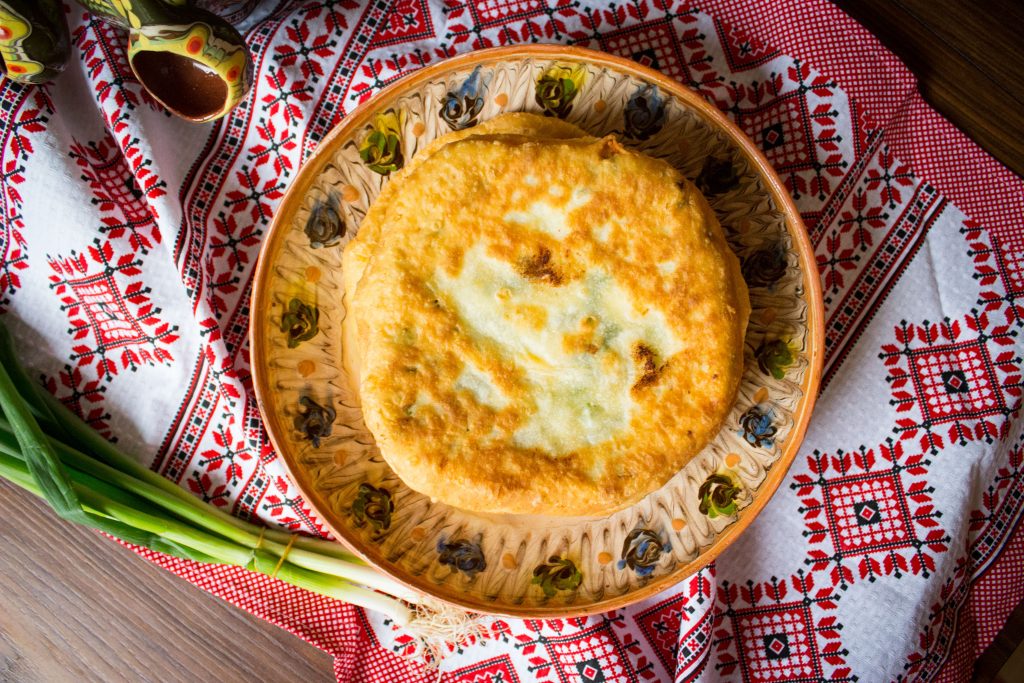 They turned out so good that I just had to share the recipe with you. The fluffy dough with that melted cheese and green onions flavor was almost too good to be true! It takes a bit of time and patience to make them, but I promise they’re worth it. 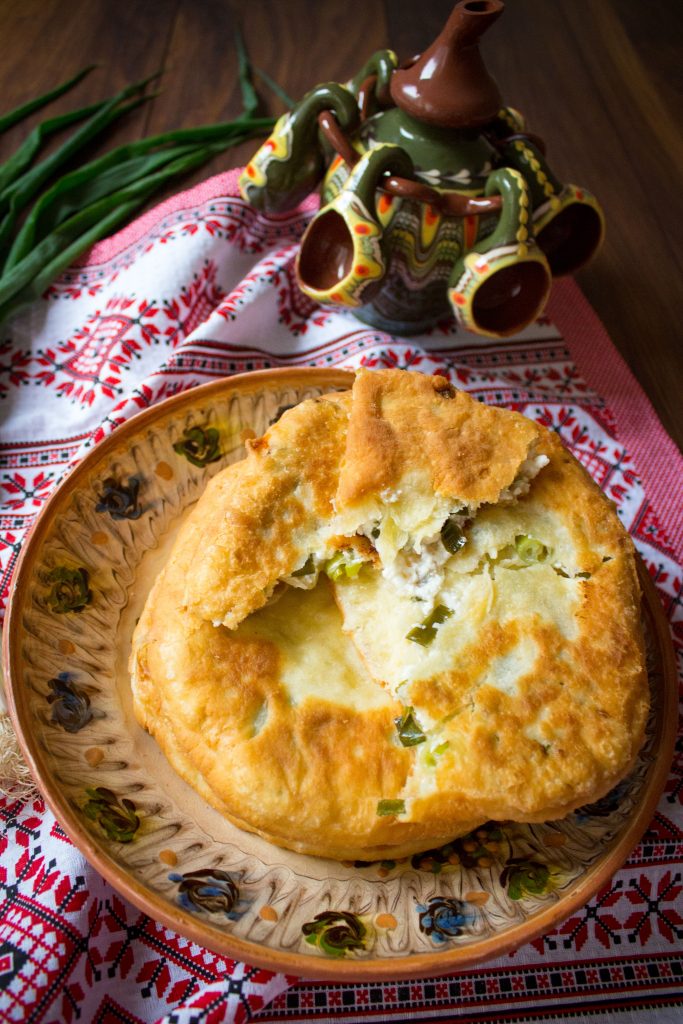 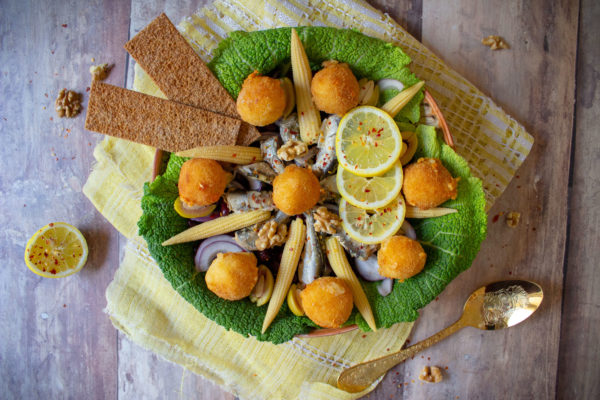 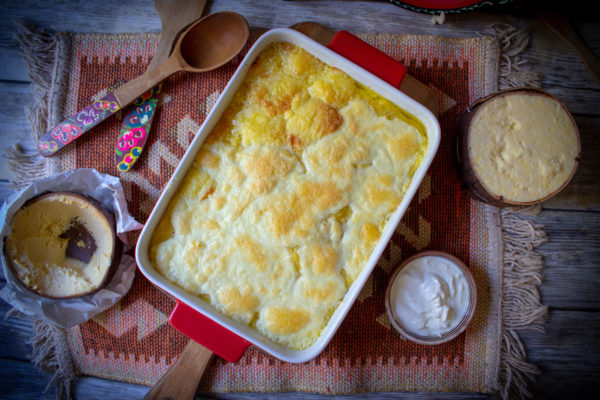 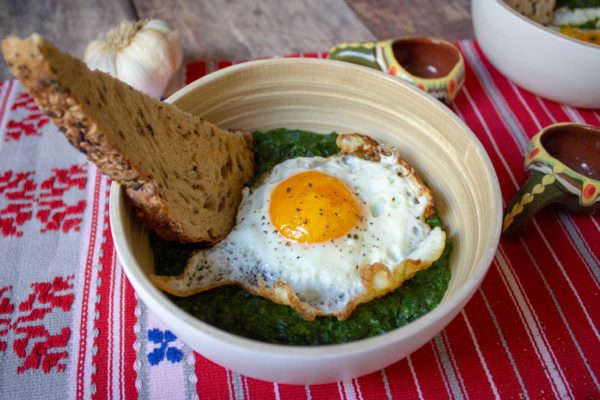