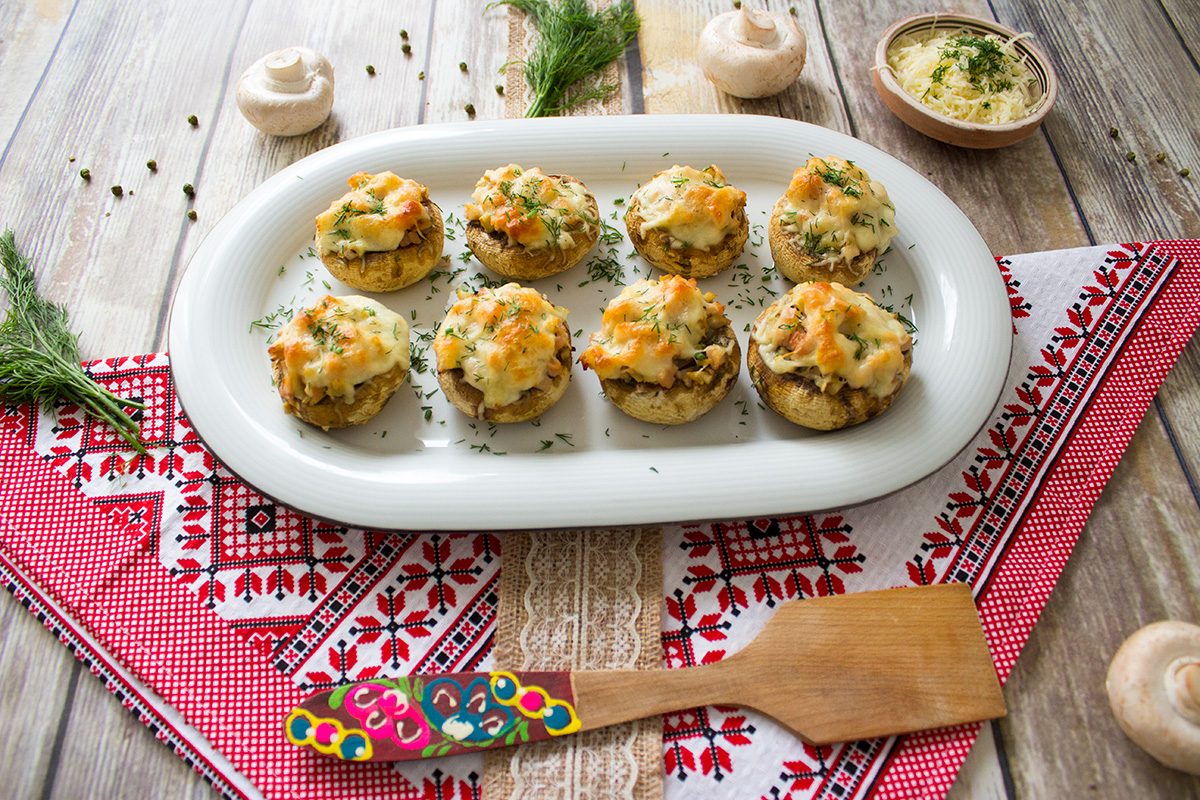 Stuffed mushrooms are a popular appetizer in Romania. I know that there are lots of stuffed mushrooms recipes all over the internet, but I wanted to incorporate some traditional Romanian ingredients into this recipe, and show you the result. 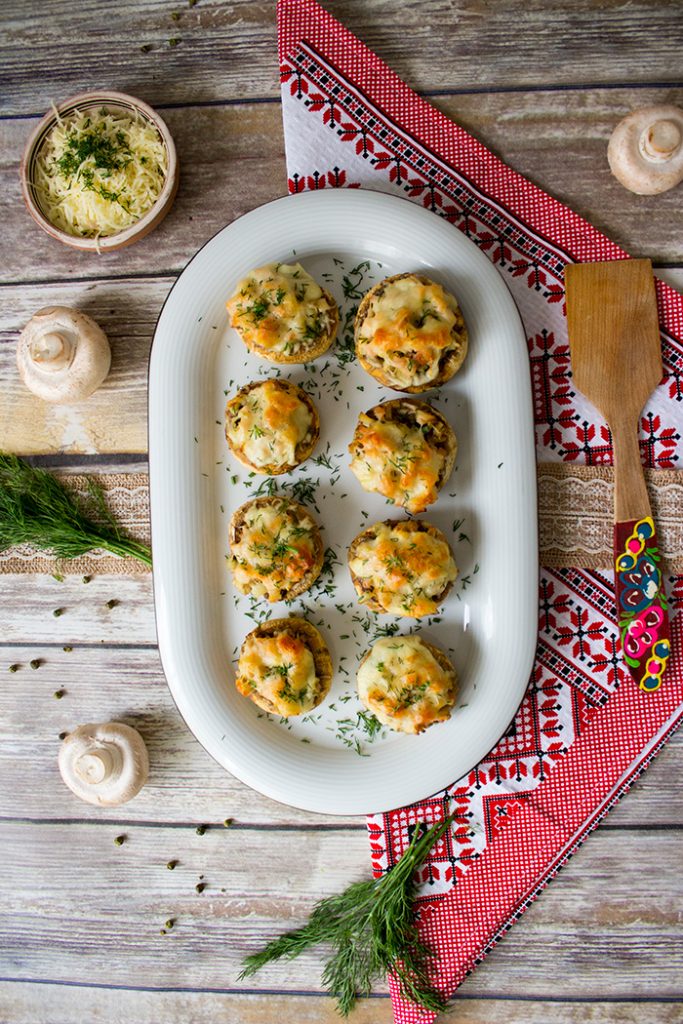 You can stuff them with pretty much anything you like, but I love the combination of cheese and ham. 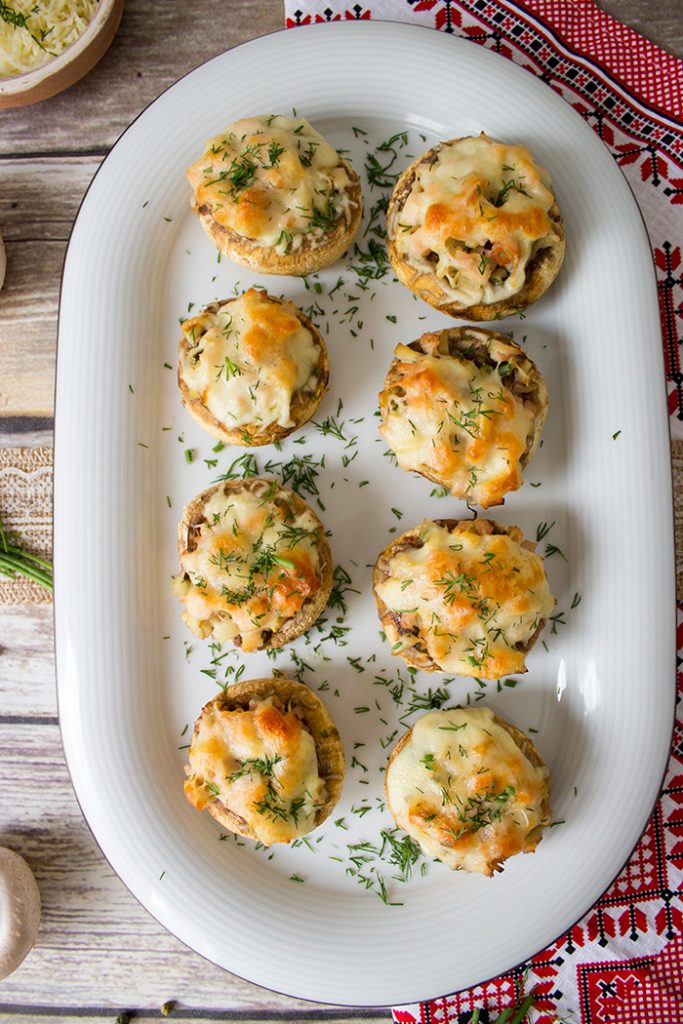 After the Easter feast, I really needed to prepare something light(er), so I decided to make these mushrooms with a ham and cheese stuffing. I used our traditional cascaval, a sweet, semi-hard, yellow cheese. I could compare the texture of cascaval with the one of emmental or gouda cheese, so you can successfully use these if you want to try this recipe and can’t find any cascaval. 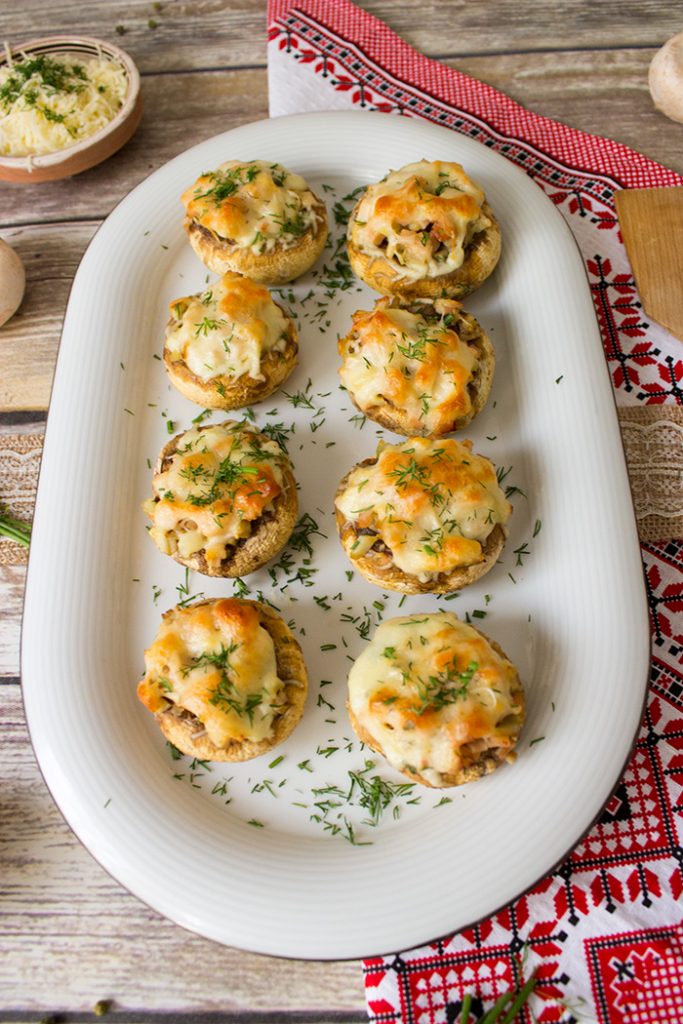 I used a low-fat turkey ham, combined it with the chopped mushroom stems, some onion, salt and pepper, and sautéed these ingredients for a few minutes. That’s your stuffing – easy and delicious! Then, stuff the mushroom caps, add the cheese on top, and bake them until they’re golden brown. 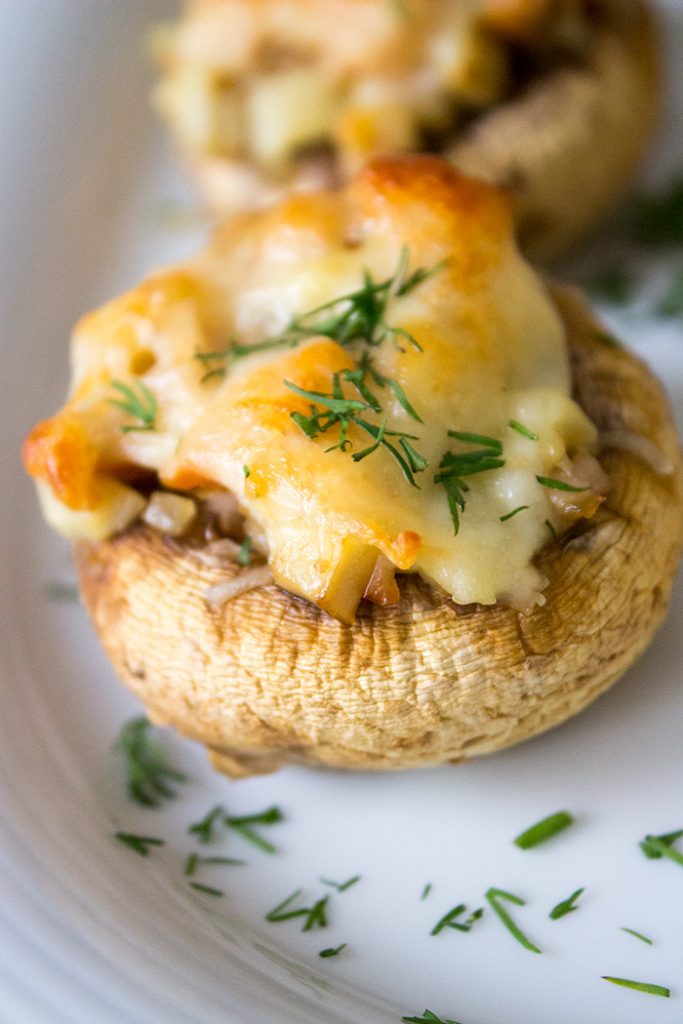 In half an hour, you’ll order tramadol 100mg have a delicious appetizer which looks great and tastes a bit like pizza. I like to add some ketchup on top, but that doesn’t sound very Romanian of me, right? (I still do it though). ? 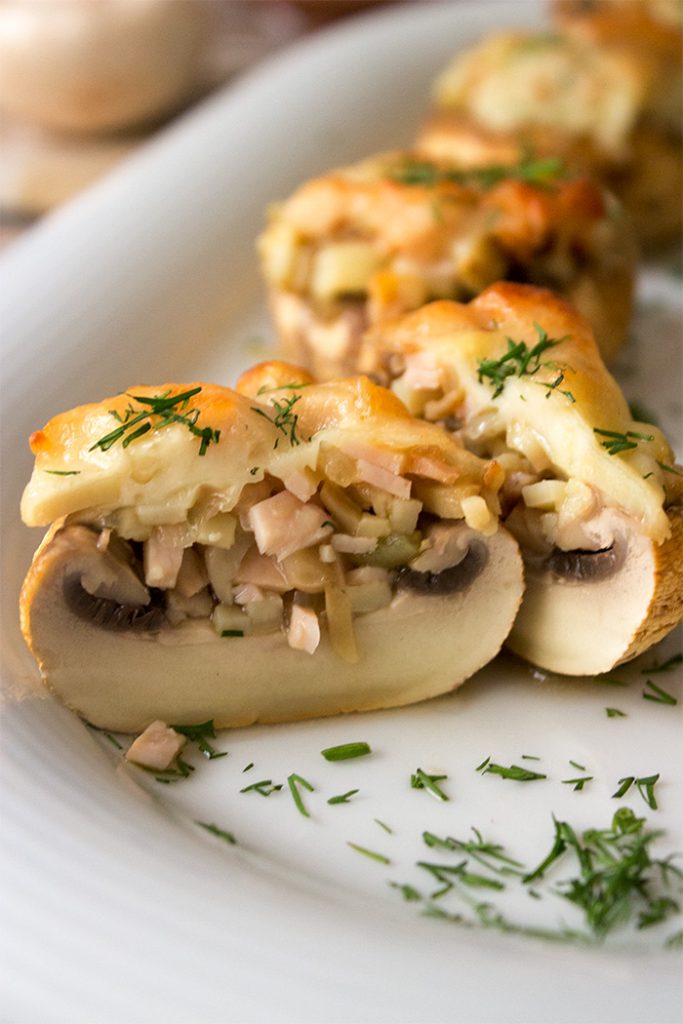 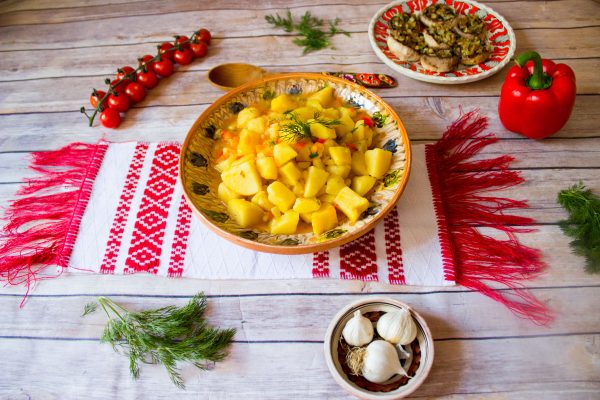 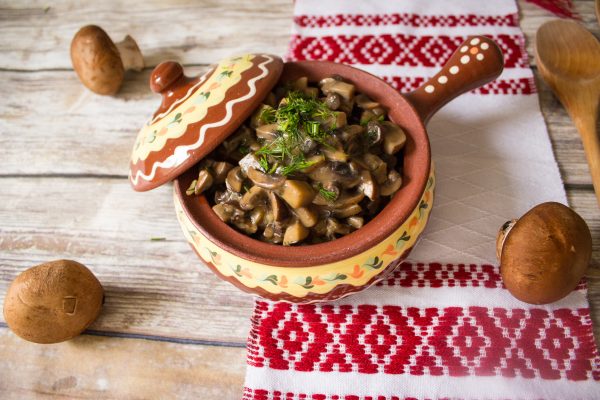 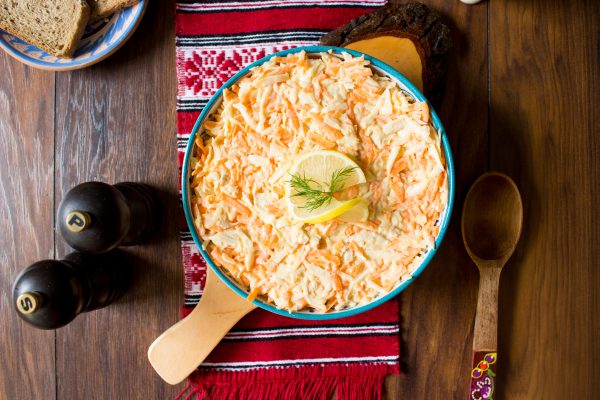