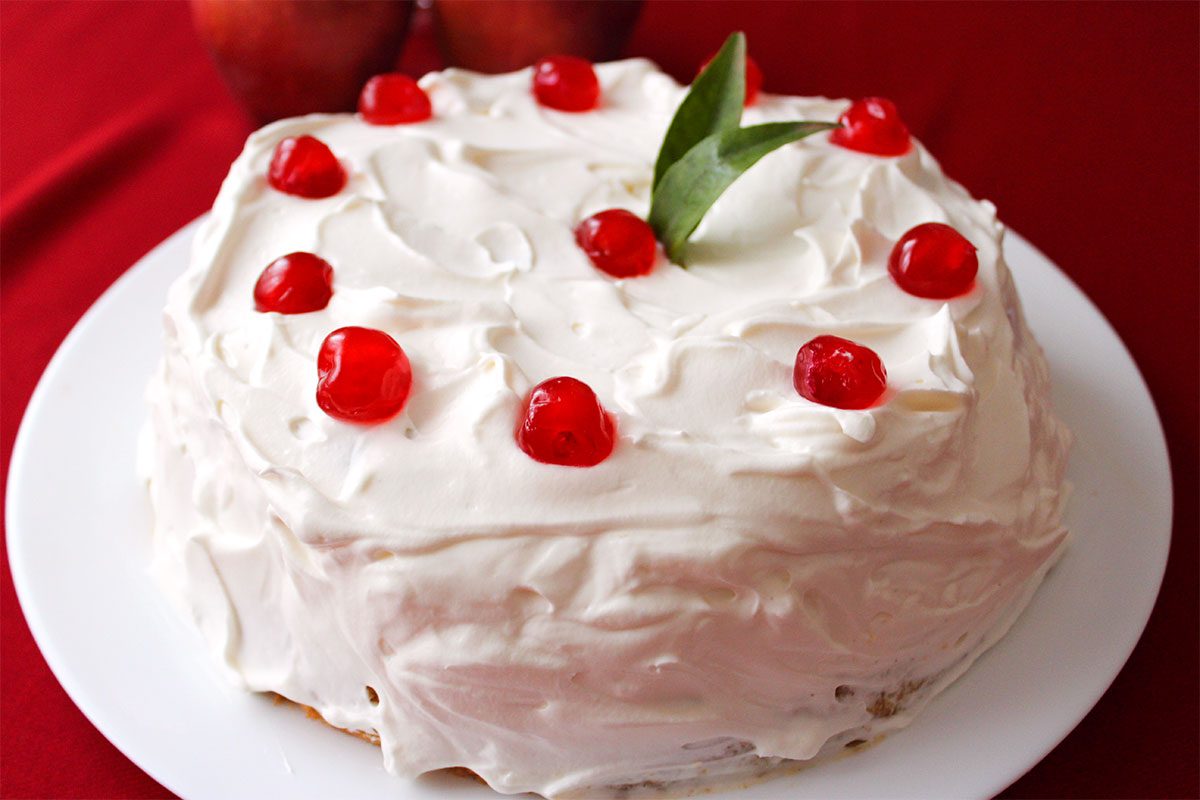 The upside-down apple cake is a favorite among Romanians. Our cook books include a wide variety of apple desserts, since it’s really easy for us to find this kind of fruit in our country. One of the most common recipes that include apples is our homemade apple pie, which consists of a thick layer of caramelized apples with cinnamon between two pie crusts. Since I’m saving the apple pie recipe for later, I wanted to make this light, fluffy as a cloud apple cake. 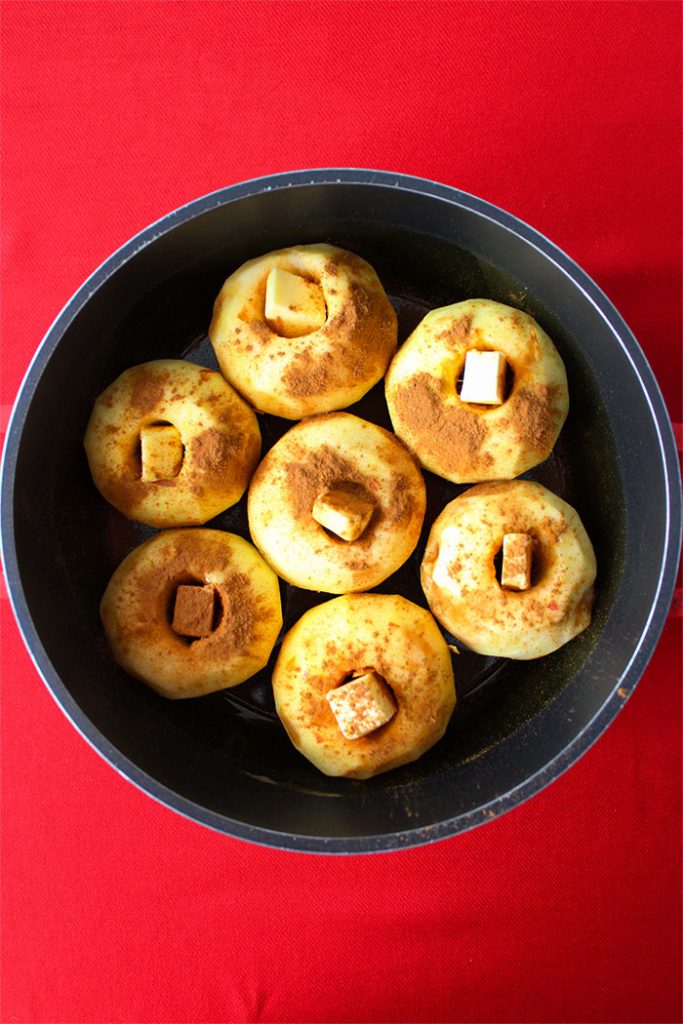 In my family, we always like to bake something sweet at the end of the week. Since last Sunday I baked a chocolate cake, I wanted to switch it up a bit and try a fruit dessert. This upside-down apple cake is just sweet enough to make you feel like you’d have a second slice, but it also has a bit of tanginess to it, thanks to the bits of sour cherry preserve hidden inside the apples. 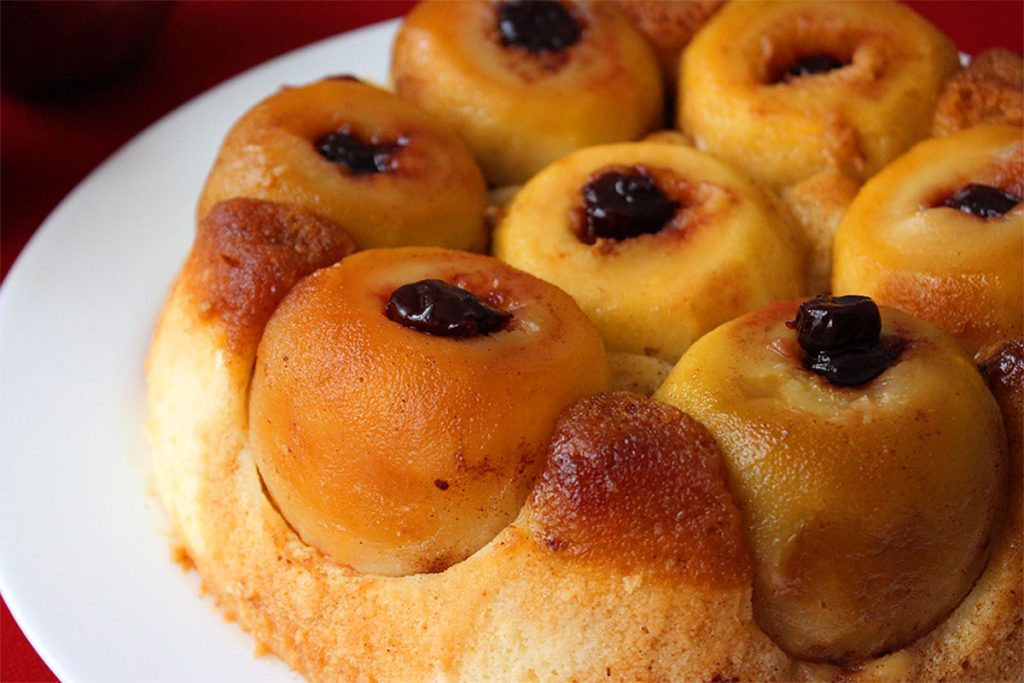 When you prepare this cake, make sure that the caramel doesn’t turn brown. An overly-cooked caramel will make the cake taste bitter. Then, when you prepare the sponge cake, make sure you beat the egg whites until they’re stiff, and then fold the rest of the ingredients gently. If you add the egg yolks and the flour and keep mixing, you will lose the air incorporated in the egg whites, and the cake won’t get fluffy.  Another tip would be to let the cake cool completely before turning it upside down, or else the caramel syrup will collapse over the apple cake. 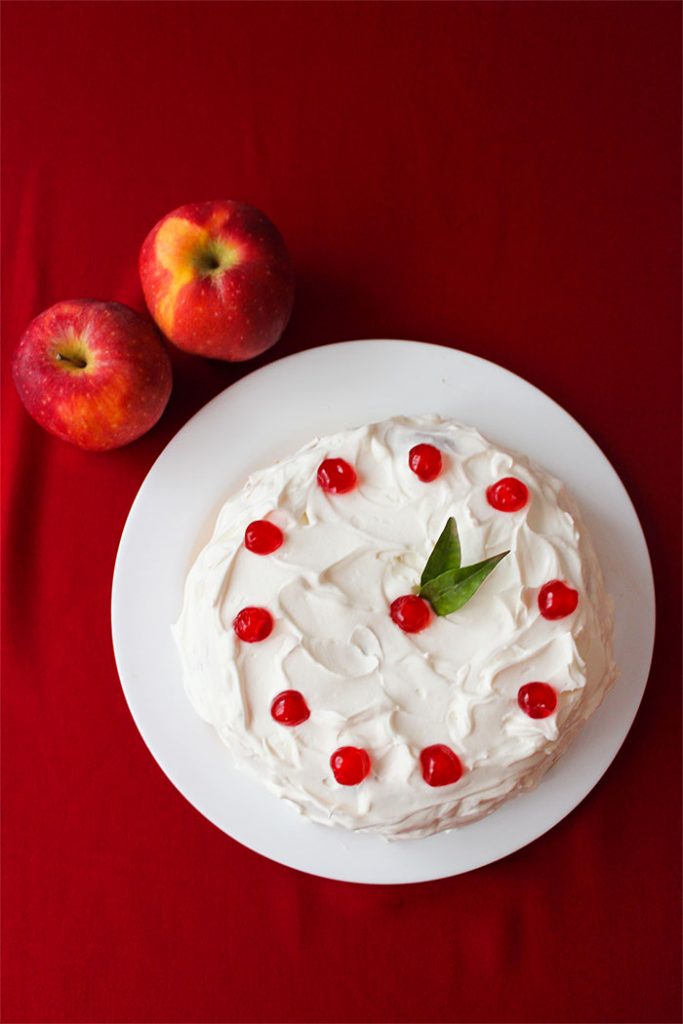 You can serve it simple, with no topping, or with some whipped cream and a few maraschino cherries, just to add a pop of color. The aroma that will fill your house when the apples are in the oven is amazing. Don’t forget to add a bit (or a lot) of cinnamon. 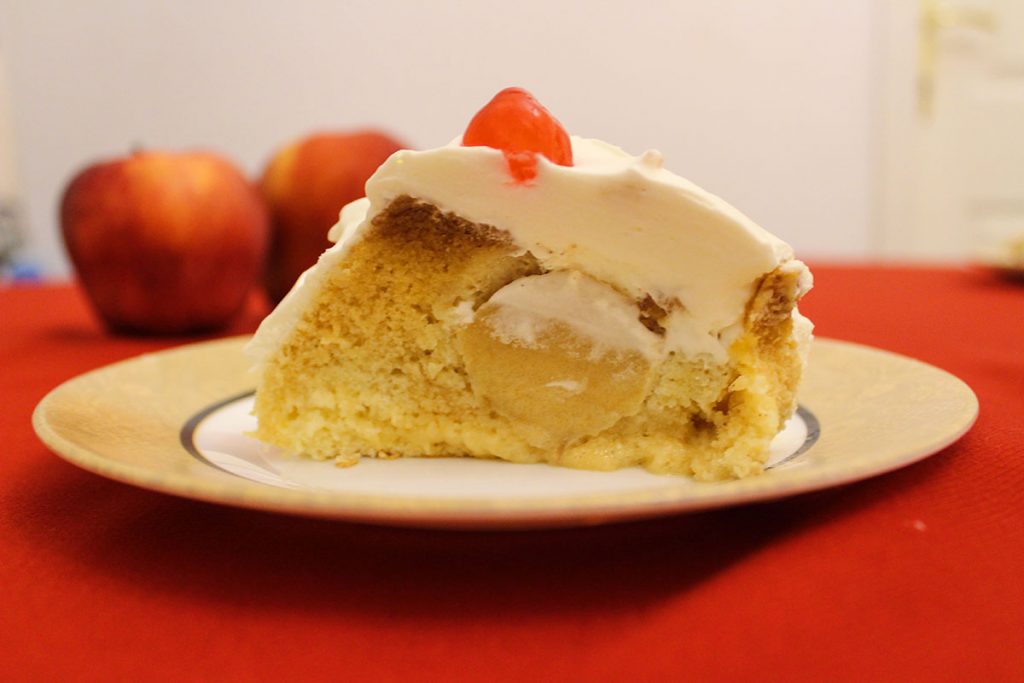 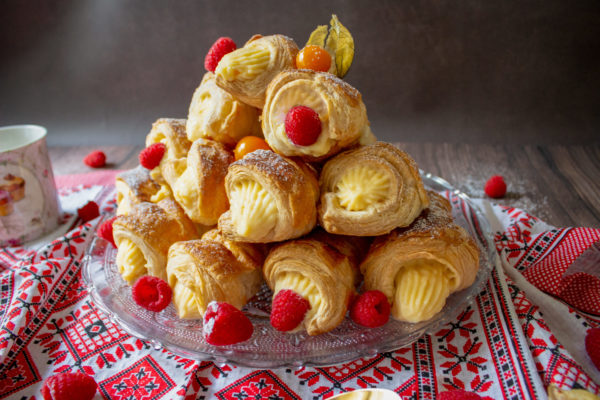 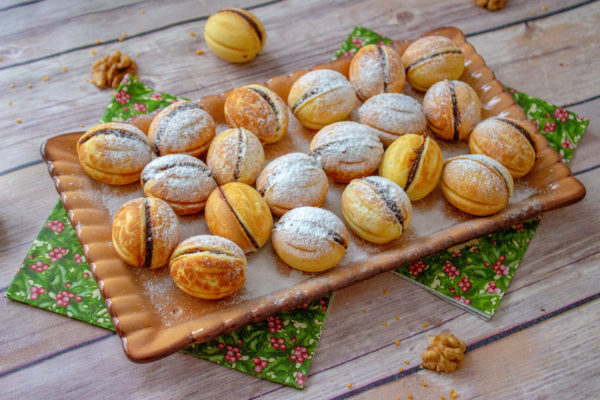